So far I’ve given you a quick insight into where’s good to stay in #barcelona (as featured in part 1 here) but what can you do when you’re there? Here’s a few of the things I did…

The Bus Turistic is an absolute MUST. It’s a fairly cheap way to see all of Barcelona’s sights, landmarks and hear about some its history without going underground or walking for miles.

We paid 35.1€ each for a 2 day ticket (pre-booked fare, which is about 4€ cheaper) that included unlimited journies across 3 routes and allowed us to get our bearings of the city as well as see things that we probably wouldn’t have had the inclination to travel to otherwise (such as the Olympic stadium, which is in a suburb a little way out of the city rather than in the main Olympic park area).

As well as doing full tours, we also used the buses as a kind of taxi service and hopped off at places we wanted to stop at for a little longer, such as the beach and the Sagrada Familia. 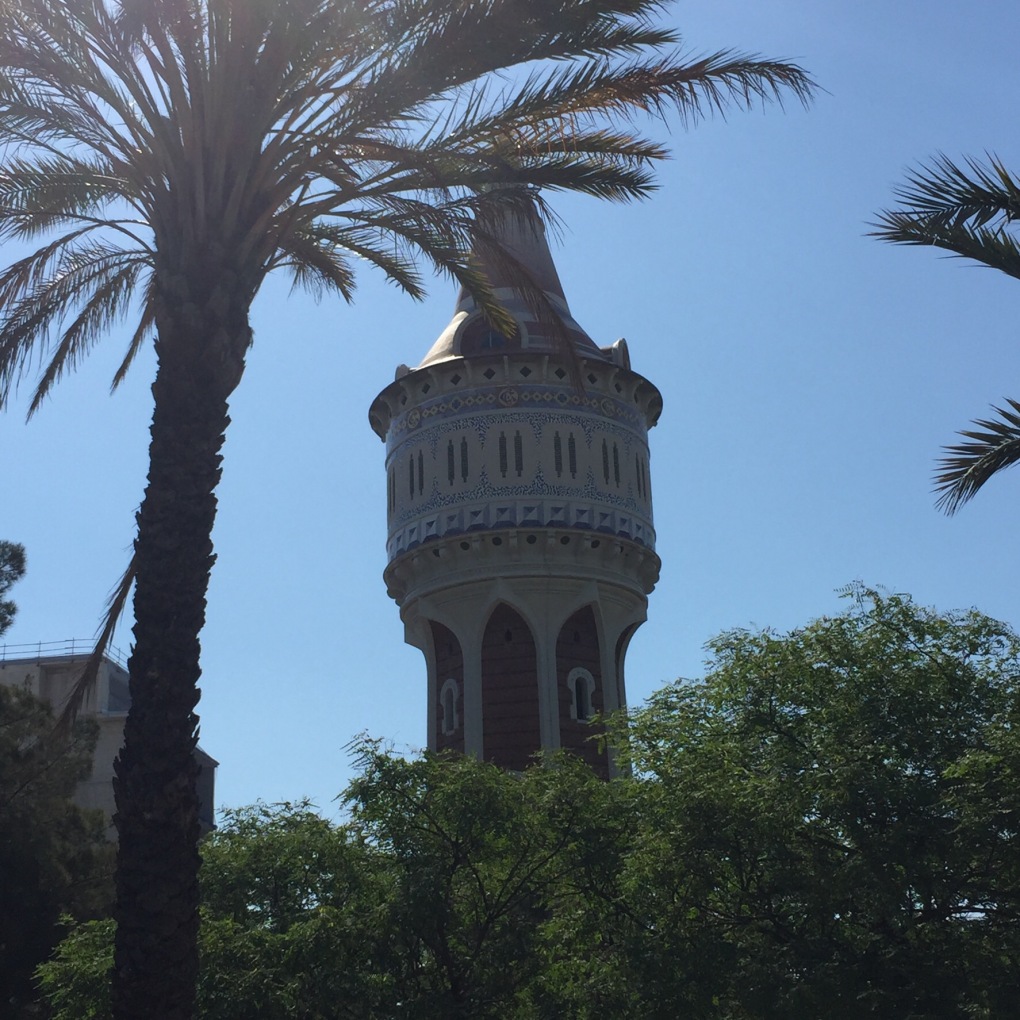 We also saw the city a little closer to the ground by taking a Segway tour with Barcelona Segway Tour.  If you remember from my Marbella travel diary I did the Segway thing pretty recently and really enjoyed it, so I dragged Mr Alice along to try it out. As I predicted (because I’m awesome, hehe) he really enjoyed it.

We opted for the 2hr tour which took us to places like Park Olympica, the non-tourist beach and the stunning Cuitadella park (which would be an amazing picnic spot). 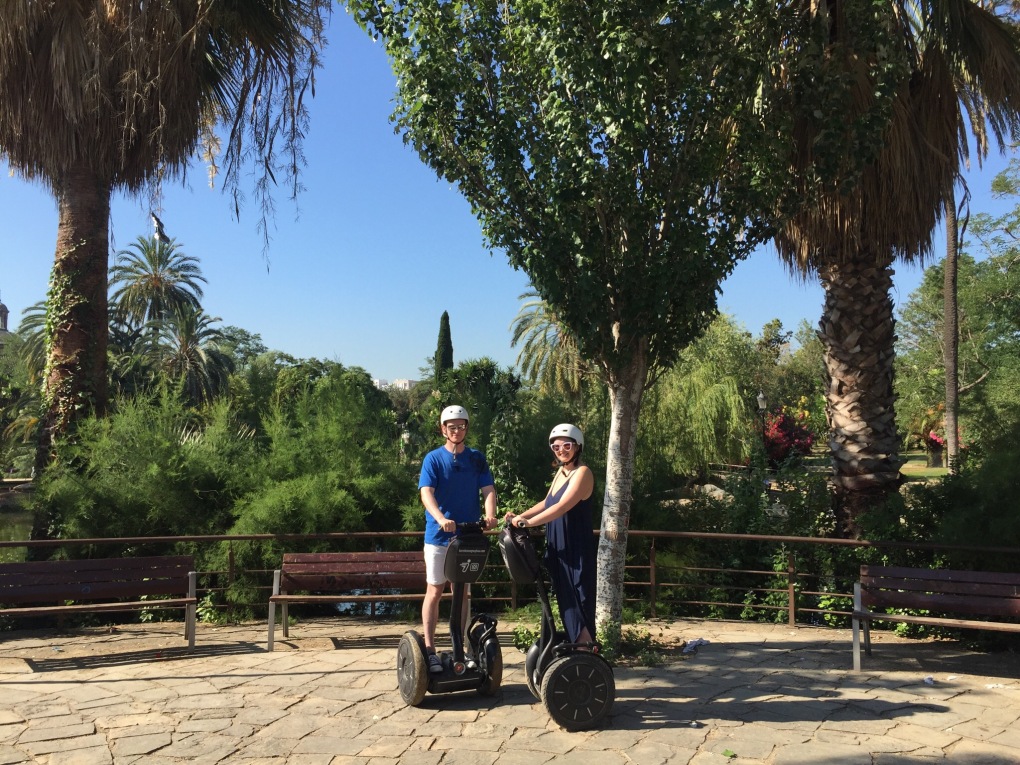 There’s a longer tour option which cover a little more of the area, as well breakfast and tapas tours. We chose to do our tour pretty early in the day to avoid a lot of pedestrian traffic and being out in the high noon sun, which seemed to be a pretty good decision.

Visiting Guell Park was high on my list. If I’m honest, it’s been the main reason that I’ve wanted to visit Barcelona for such a long time!

It’s a bit of a trek away from the main part of the city, about a 20min car ride, so this is where the Bus Turistic came in pretty handy as it stops pretty close by (though there is a trek up an incline to contend with) and is much cheaper than a taxi. The metro service is an option, but it’s nicer to be overground looking at the pretty building than rubbing up against lots of sweaty people ungerground…

Park Guell is a great place to visit for a few reasons – it has really lush park area to walk round which is really calm and peaceful away from the main part of the city, and free to get in to. Secondly, the Monument park section is so charming and quirky – a mixture of medieval gnome town… 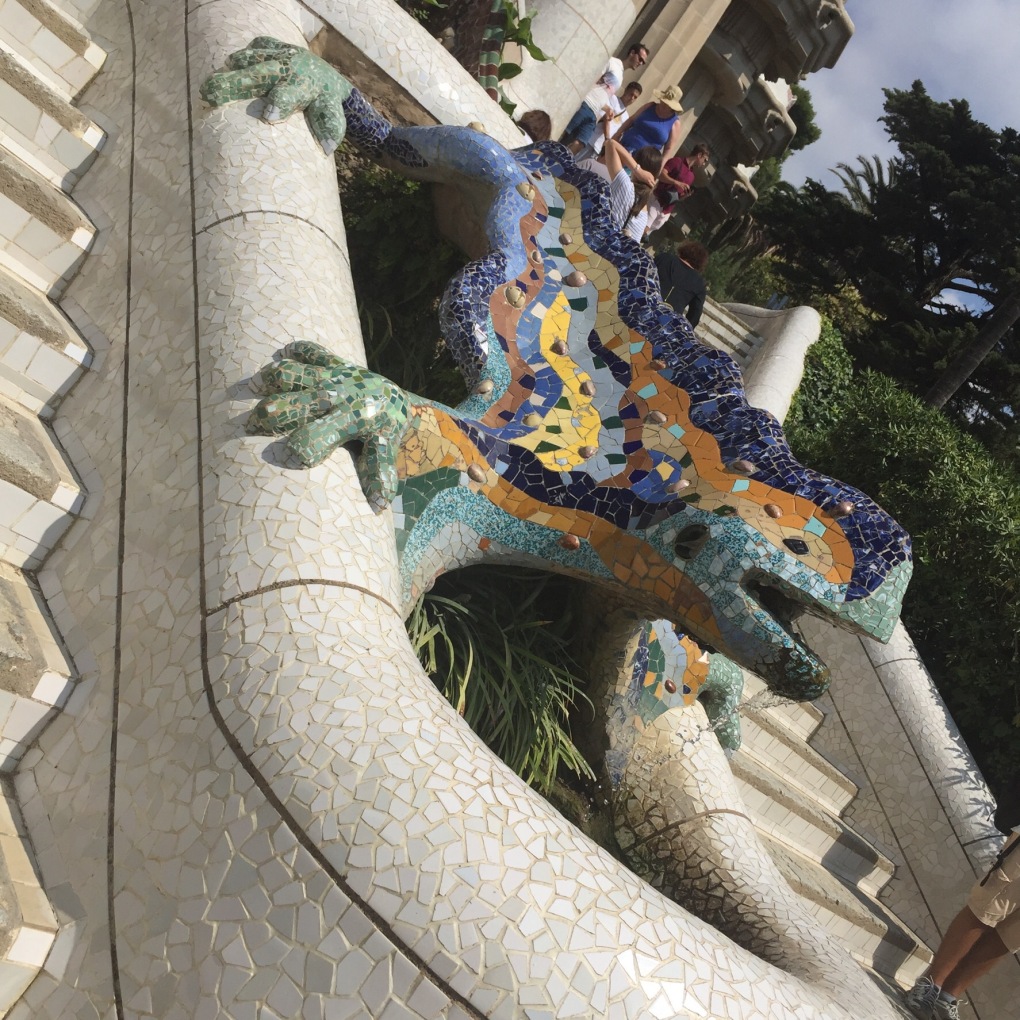 I was most excited by the colourful mosaics, so gorge…

The best bit has to be this amazing view over the city. It’s really something on a clear day. 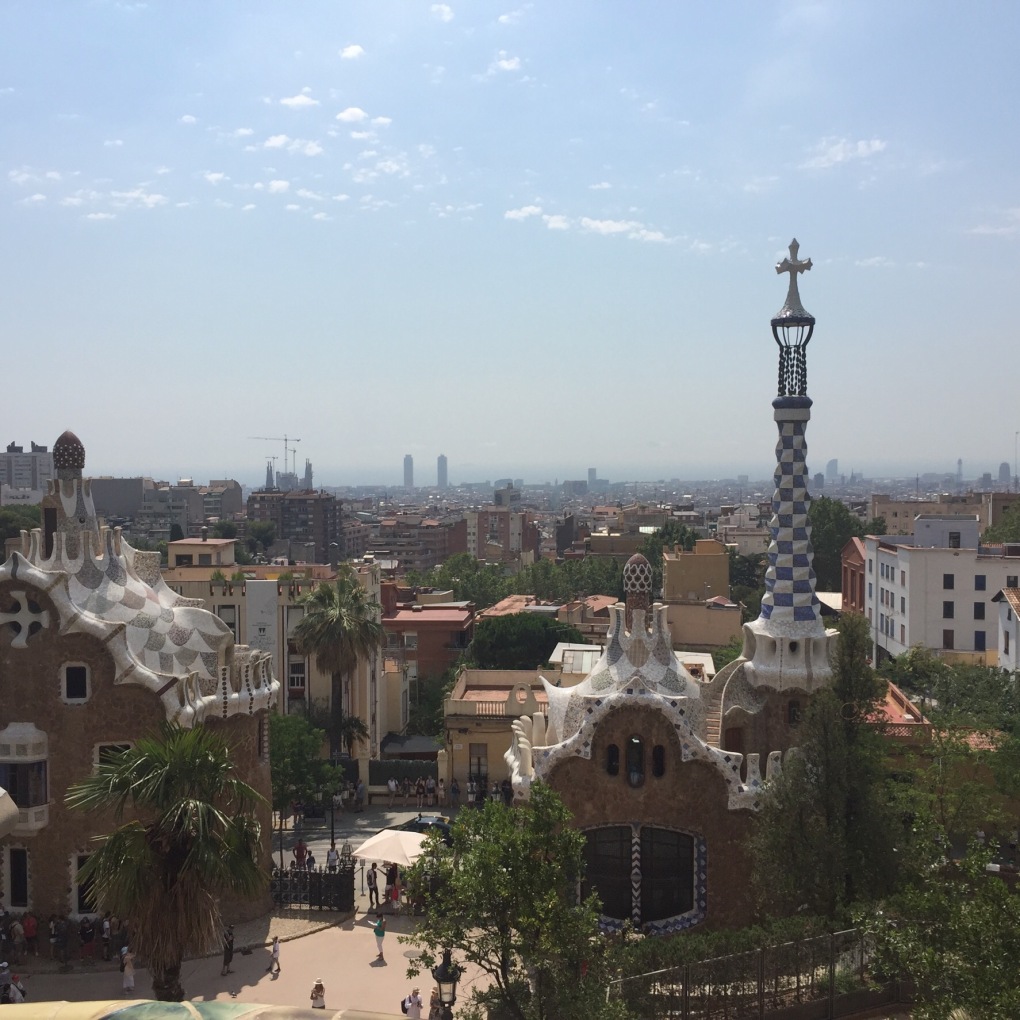 To get into the monument park (realistically, it would seem a bit silly to go all the way up there and not pay the 7€ to go in) you have to book a specific entry slot, which the staff are VERY vigilant about sticking to. The popular times (morning and mid afternoon) get booked up quickly, so think about doing this before you go. We booked the day before and got a 12noon slot, the other other availability was 6pm.

The final thing we did was see Barcelona from the sea on a mini cruise along the coastline. There are quite a few boats on the marina offering these sorts of tours – 15€ each got us an hour and a half on a pretty traditional tourist boat, and it was kinda nice to have the sea breeze in your hair and a cold drink in hand whilst taking it all in.

A few tips I’d pass on about being touristy in Barcelona:

– Clothing-wise: wear something come table/easy to move in, more ‘breathable’ fabrics and shoes with a decent grip that fasten to your feet

– Pre-book any tourist attractions that are on your must see list. They can get really busy so this will help you avoid spending lots of time in queues, make sure you can see what you want when you want, and it can save a little bit of money too (Barcelona is an expensive city so this is a welcome bonus)

– If you visit the beach make sure you take snacks and drinks with you. There aren’t a great deal of shops/bars near the main tourist section of beach to just pop to,and there’s definitely not a lot of sunbeds for hire on the beach so take something to shade you.

– It’s worth considering taking a pre-loaded currency card with you to avoid carrying lots of cash or being stung with exchange rates by paying on credit/debit card. This is the second time we’ve used one, the first being in Vegas, and it was super easy to pay directly using chip and pin and also to withdraw cash. You can can access online statements whilst away, have an extra card and change your PIN exactly the same as in the UK. Plus, in the unlikely event of theft, they can only take what’s in there rather than several thousand pounds of your credit limit.

The final part is coming up very soon and features the highlight of most of my trips away – food! Don’t miss it.

One thought on “TRAVEL DIARIES/ Barcelona, part 2- what to do”