So after a brief hiatus (can 3 weeks be classed as brief? The only acceptable answer here is yes btw) I’m back with the next instalment of my little beauty post series. For my first one I focussed on lip products and next up is eyes.

There are so many amazing eyeshadow palettes out there, but for most of the more expensive ones (which I would argue are the ones £40 upwards) there’s more than likely a pretty decent dip that will be significantly cheaper but work pretty much as well.

I’ve picked three high end palettes I’ve lusted after in the past year and have found a drug store alternative for. One thing to remember though – with high end palettes comes more glamorous packaging, you’re very rarely going to get a dupe that comes anywhere close. But, if you can get over that then you could be in for a right treat.

I’ll admit I was OBSESSED with the look of the Huda palette when I first saw it, but no matter how pretty it looks there was no way in heeeeellllll I was going to fork out FIFTY SIX BLEEDING QUID to have it in my life! 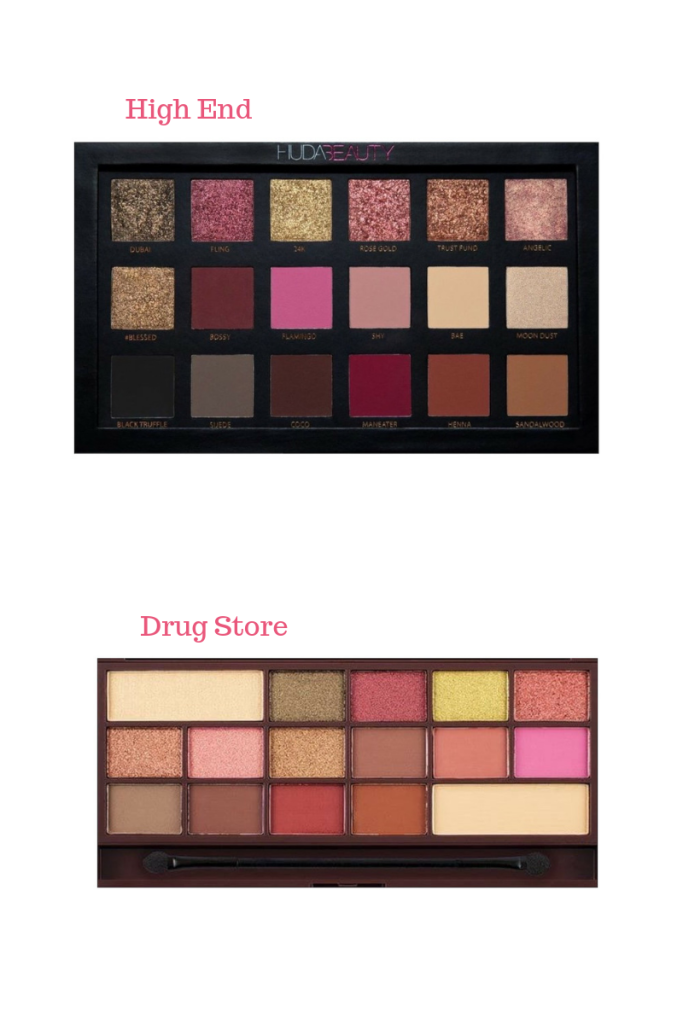 I haven’t fully used both palettes but I have swatched both, own the Rose Gold Chocolate palette and have watched a fair amount of YouTube tutorials using the former to know that what I’d call the ‘stand out’ shades (pinks and shimmers) look pretty darn close to me. For those that don’t match up, like the matte black, it’d be a safe bet to presume you’re likely to have this is a palette you already own so won’t be missing it.

As the shimmers are the star shades here I know this is not a palette I would reach for on the daily (I work in an office attached to a factory, so there’s no need for me to be this extra) it would only be now and again, so I felt that a more modest nine pounds was far more justifiable. The YouTube unboxings of Norvina were just so pretty, the purple shades seemed just a little bit unique and really special. But, was I going to spend forty three pounds to enjoy just a couple of shades? Er, no. 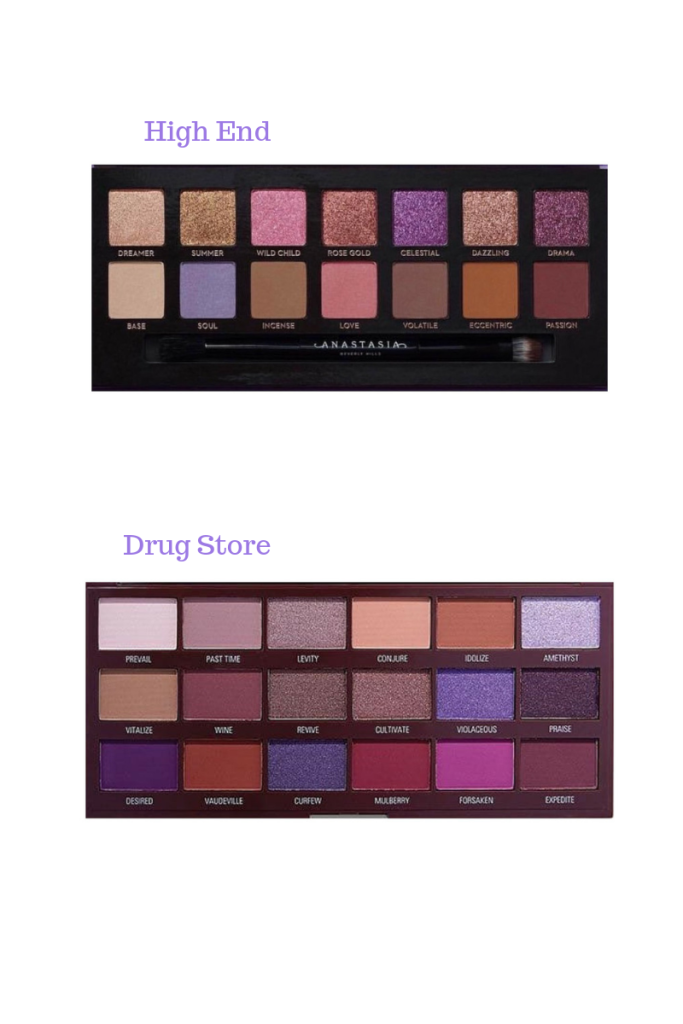 Unlike the above that was recommended to me, I proactively sought this dupe out on the Revolution website being pretty certain it would exist. Again I don’t own Norvina but I have swatched the shades I was most excited by (I have plenty of neutral shades already so it was less important to me how these ones looked) and there is some difference, but not so much that means the same kinds of looks can’t be created. There are an extra couple of purple shades in the dupe palette too, so with a bit of mixing I’m willing to bet you’d be closer to more exactly matching the higher end shades.

This is the only one of the three that I’ve done a personal comparison of, and lemme tell ya that these palettes may be small and light but they be mighty!

For a very long time I used the original Nude Rose palette (the one with shimmers in it) which I mentioned in my everyday makeup post last year. I adored these colours for making my eyes pop every, but I’m a sucker for a good gimmick and Naked Cherry looked sooooo appealing and too good to pass up when it dropped towards the end of last year (I already had Urban Decay Backtalk so I really didn’t need it).

If you have any other new-ish dupes to recommend please do shout them out.