I adore me some CB! I think she is quite possibly the first woman I’d class as a ‘style muse’ from when I first watched Sex and The City at 17/18…but it’s only now that I fully appreciate how important her fashion message really is- try everything, be brave, strut proudly. That may very well have to be my sub slogan now after ‘Fashion. Food. Fun. What Else?’.

When I saw this dress it reminded me of this Carrie look which is one of my faves. So of course, it had to be mine! It’s not her most out there look but it is Oscar de la Renta and Pink and a true classic which I adore. Carrie dances around New York City in it which is filled with culture, I however rocked this look on the streets of Hull, which has the bona fide title as City of Culture 2017. 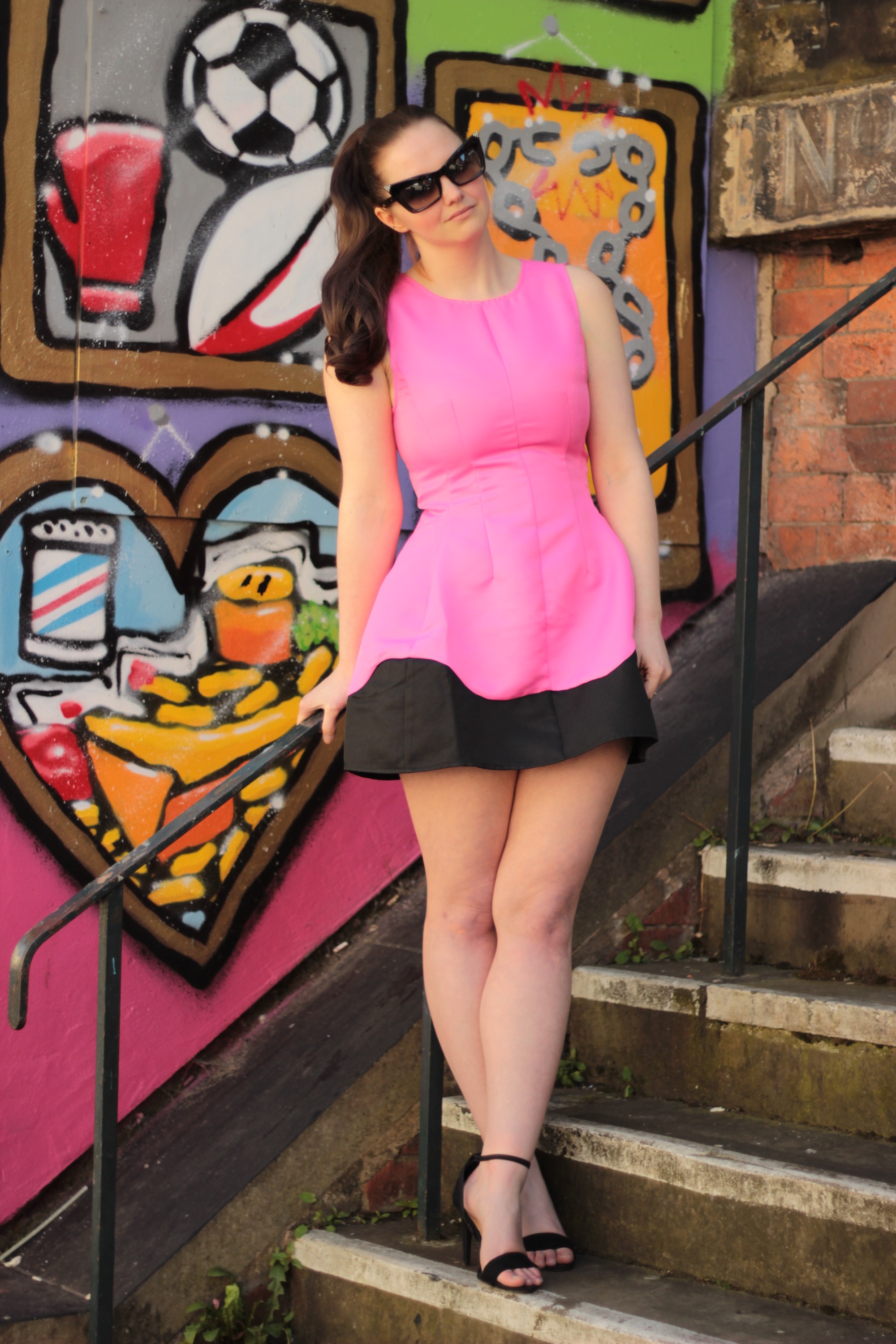 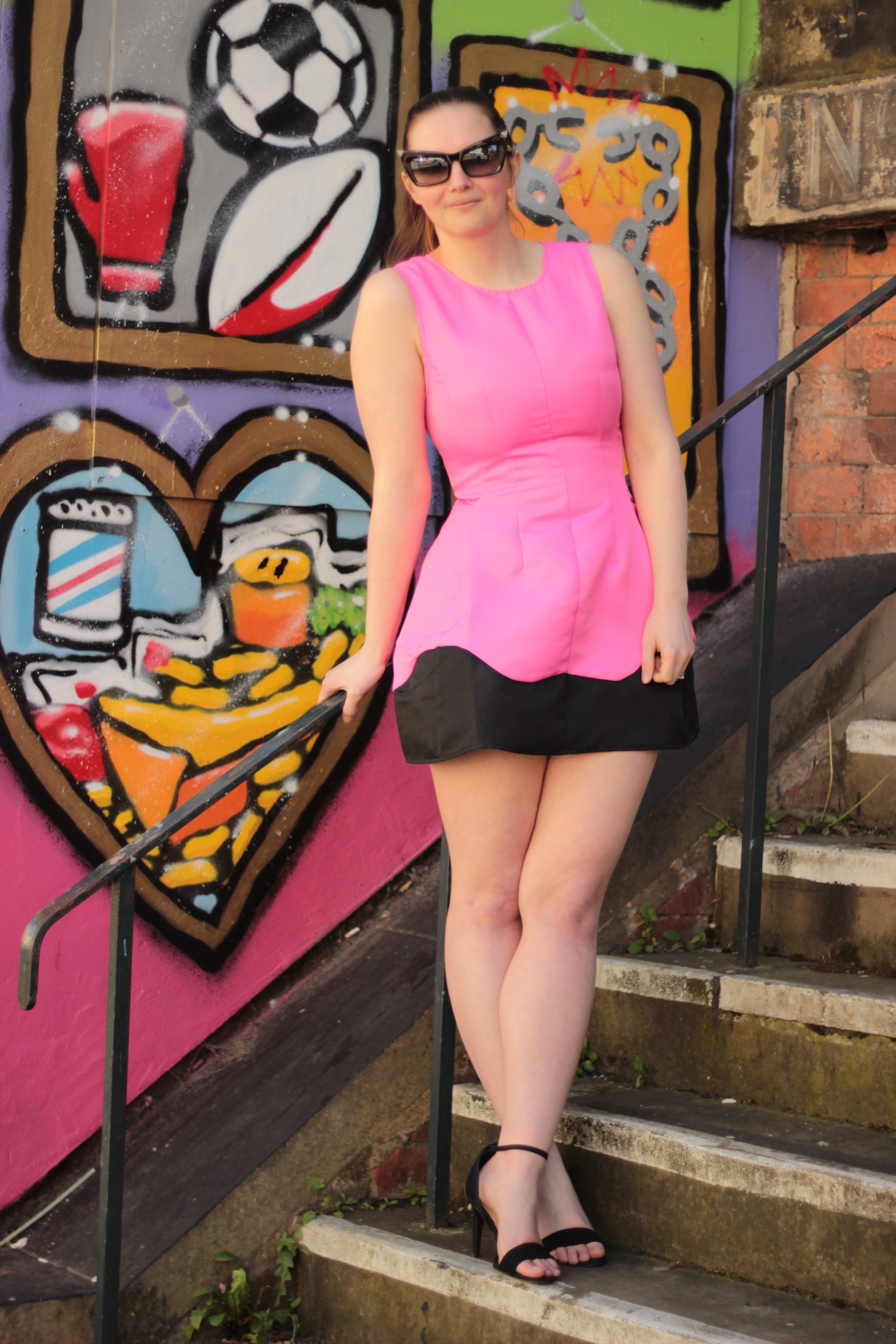 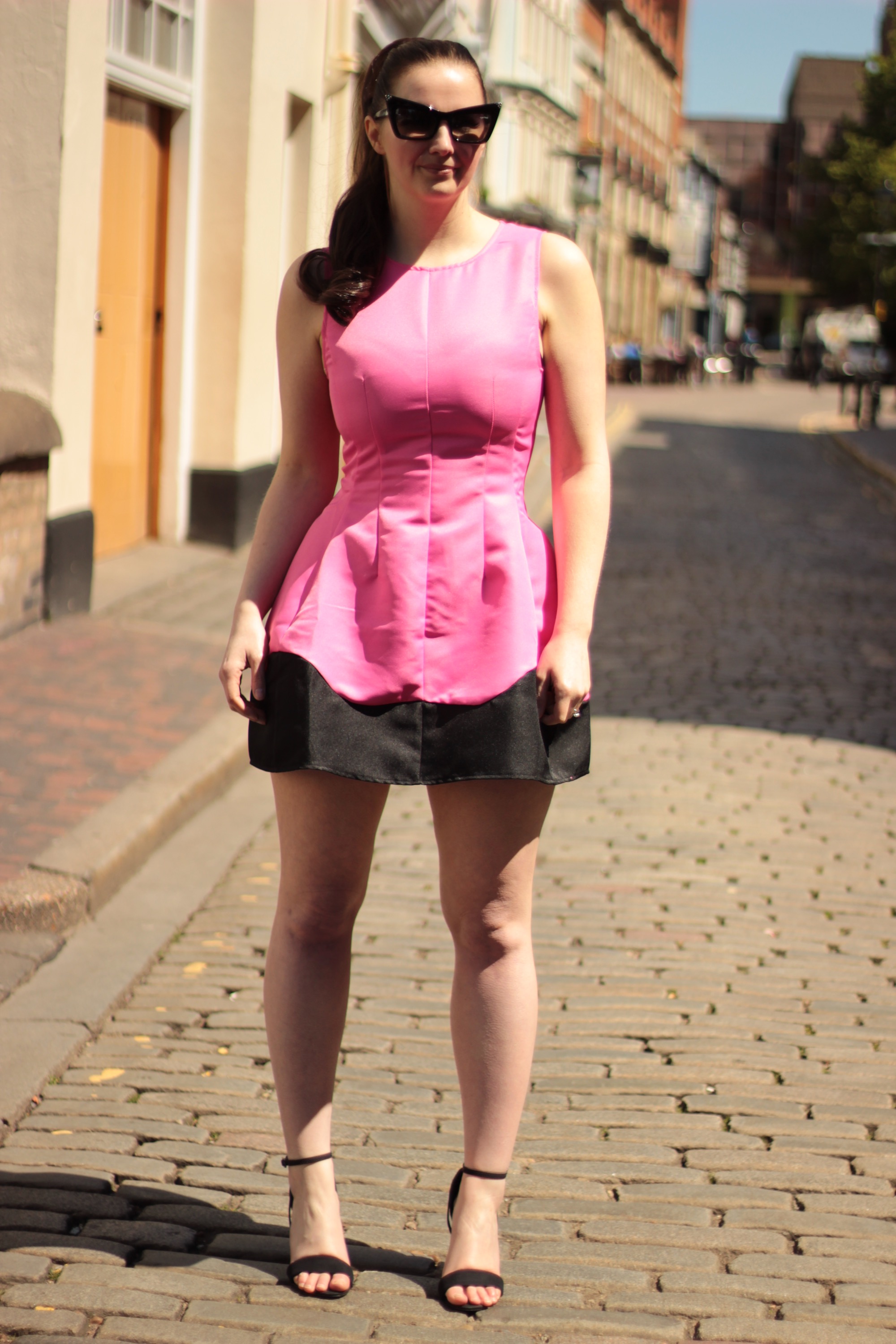 One of the best things about shooting this look was being with three of the other #HullBloggers as we became our own little ‘Sass n the City’ group for the afternoon – I as a brunette Carrie (of course) redhead Charley as a rock chick Miranda, Heather as sweetie Charlotte and blondie Beckie as our stylish Samantha.

Gotta be honest though – we’re a little more Primarni and Diet Coke than Manolos and Cosmos in the middle of the day in these parts!

Which SATC character are you most like, and which of their looks would you dare to wear? Make sure you tag me on #Twitter or #Instagram with your sassy styles!

One thought on “FASHION/ Sass in Hull City – Being Carrie Bradshaw”