Last weekend is one of the BEST I’ve had in a very long time , and the Radio 1 #BigWeekend is solely responsible for this! 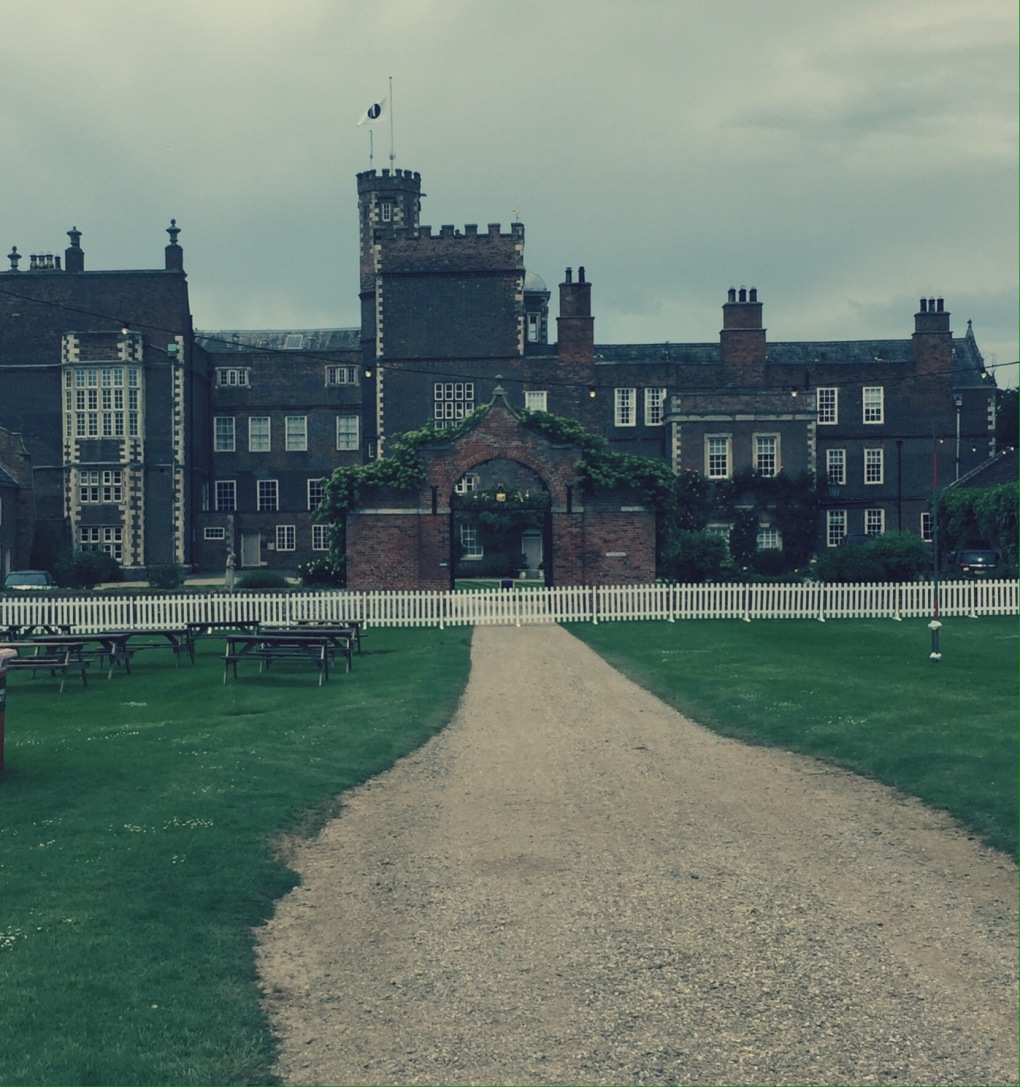 I think everyone in the #Hull area peed their pants with excitement that a big name festival was FINALLY coming to our area, and it was definitely not one to be missed.

I think initially, everyone raised their eyebrows a bit that it was taking place in the grounds of Burton Constable Hall, an Elizabethan Manor House just on the outskirts of the city, however there really couldn’t have been a more perfect setting. 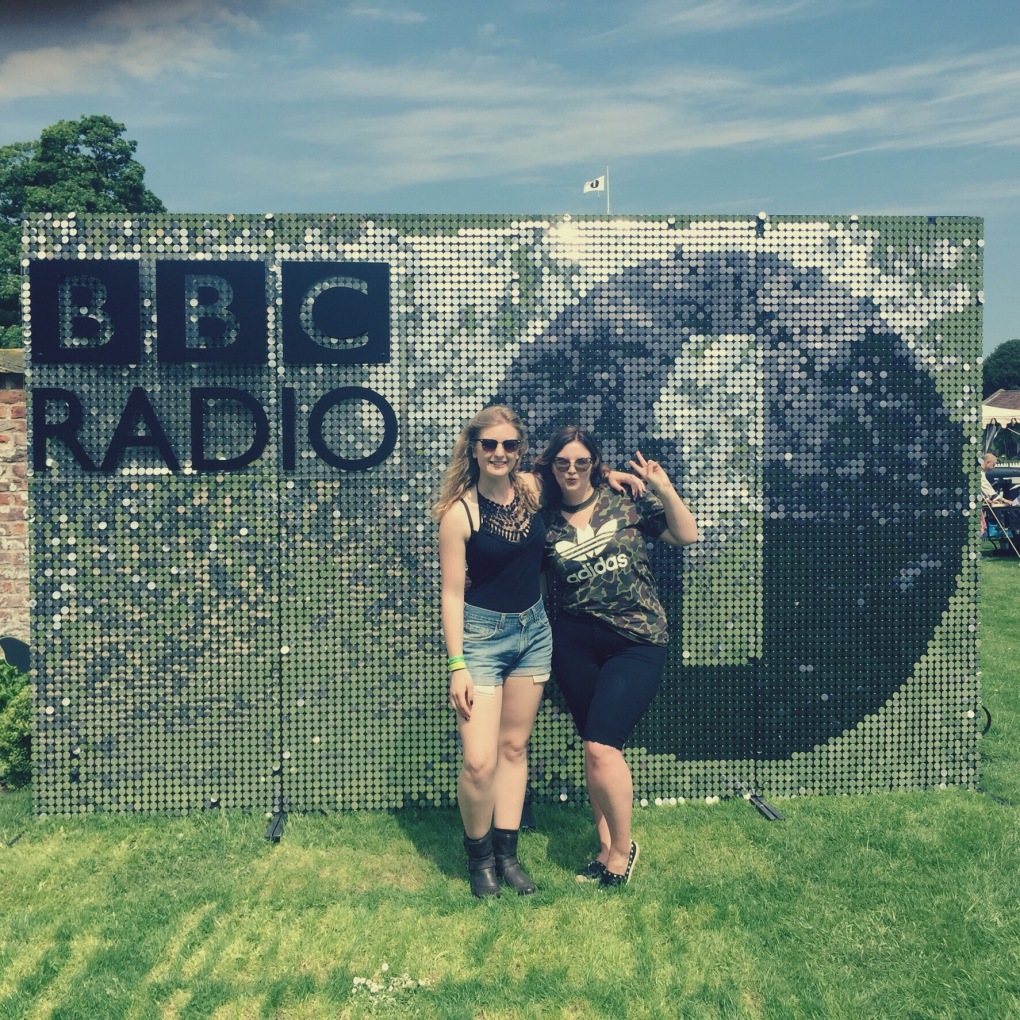 I invited fellow Hull Blogger Tory to be my plus one, this was the first time we have ever met! However I know it won’t be the last as she’s an awesome gal.

This was the first time I’d worn these shoes, and I full expected to end the day with blister covered feet, but I was proved very wrong! I wore these for a solid 16 hours and they were brilliant, the sole was very hard wearing on the grass and made it really easy to walk around the site. These will definitely be a summer staple piece.

On to the music – I didn’t see quite as many artists on the bill as I would’ve liked (due to a couple of time clashes) but I’ve included a few of my highlights: 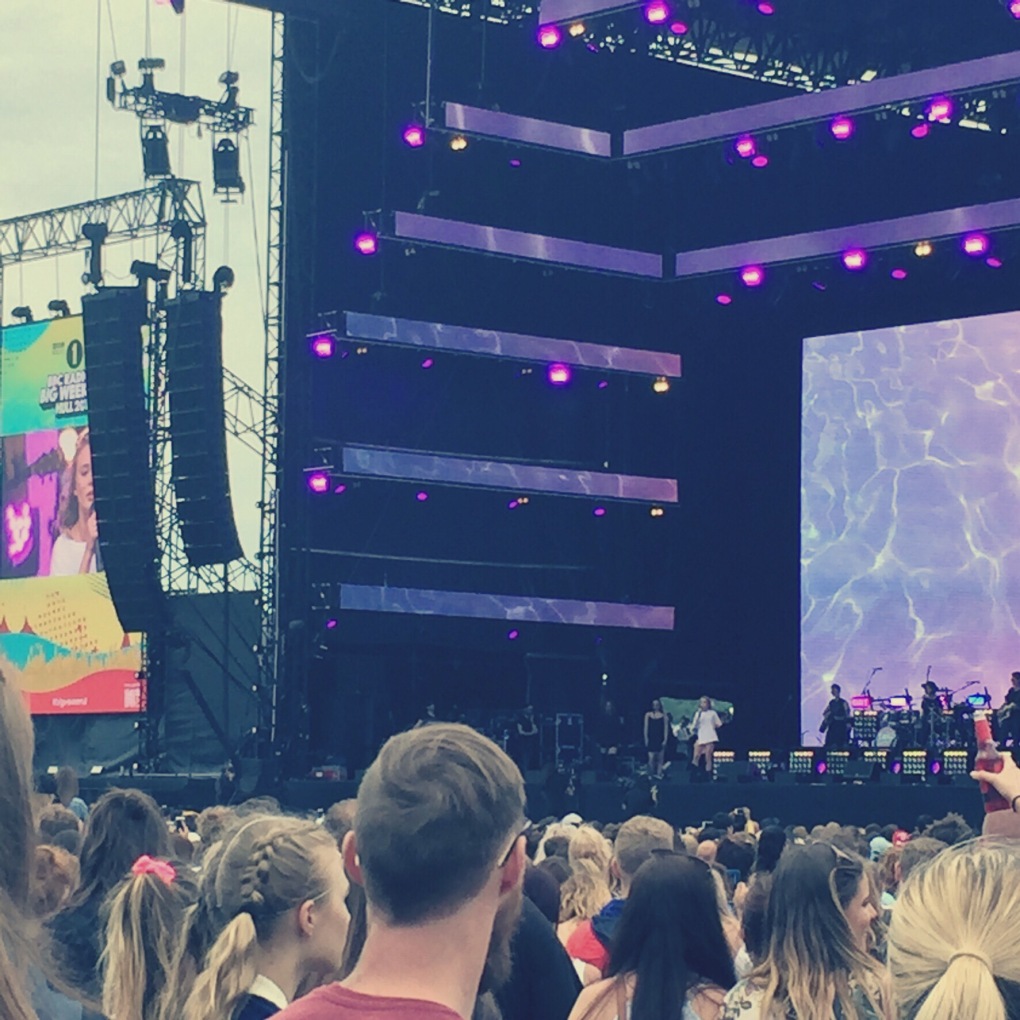 Kicking of the Main Stage action was the Swedish bombshell of the moment, and she got everybody in the party mood! She did a really cool acoustic rendition of my fave ‘I Would Like’, dedicated her Clean Bandit collar ‘Symphony’ to the people of Manchester, and ended with summertime vibin’ ‘Lush Life’. I really liked that she was dressed in such a simple yet festival- goer appropriate outfit too. 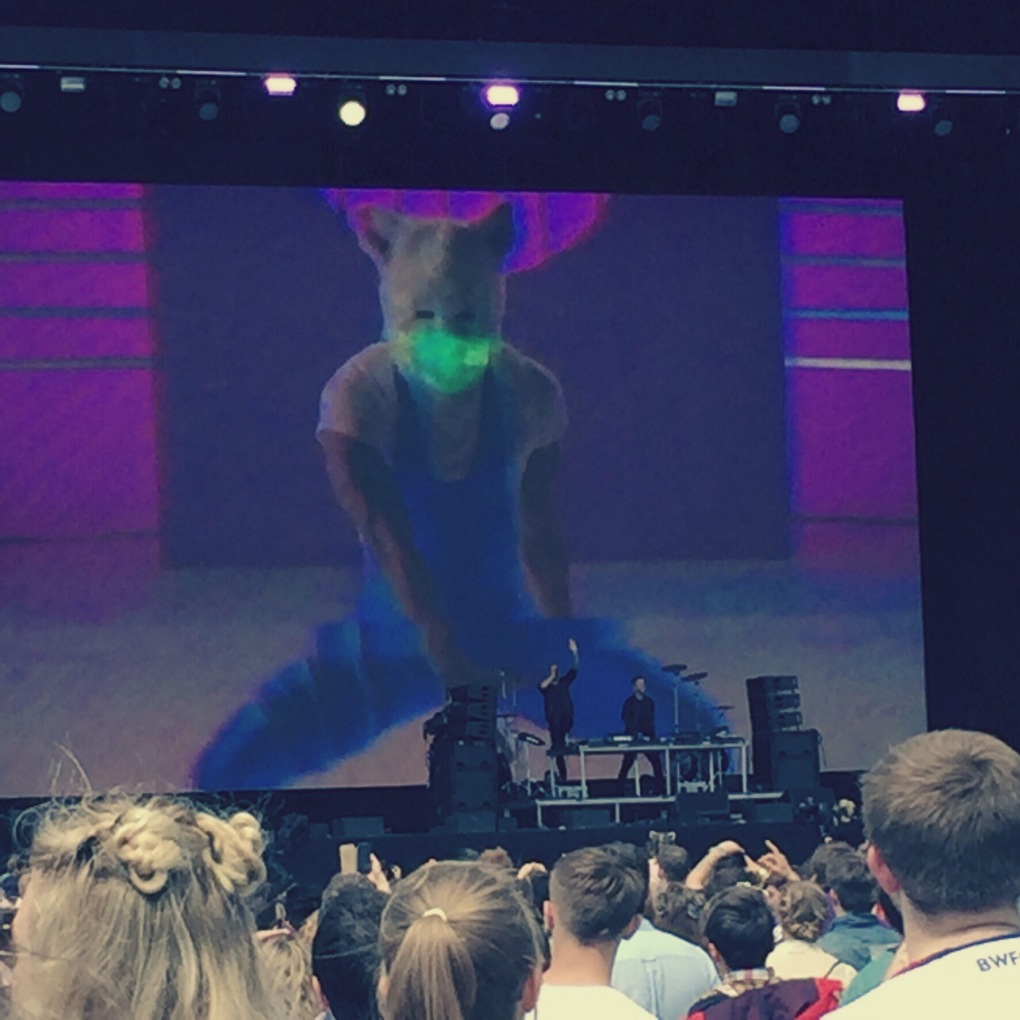 I wouldn’t have said I was a Galantis fan but they delivered a really cool, high energy set that was really enjoyable and different from the othe musicians performing on the bill. 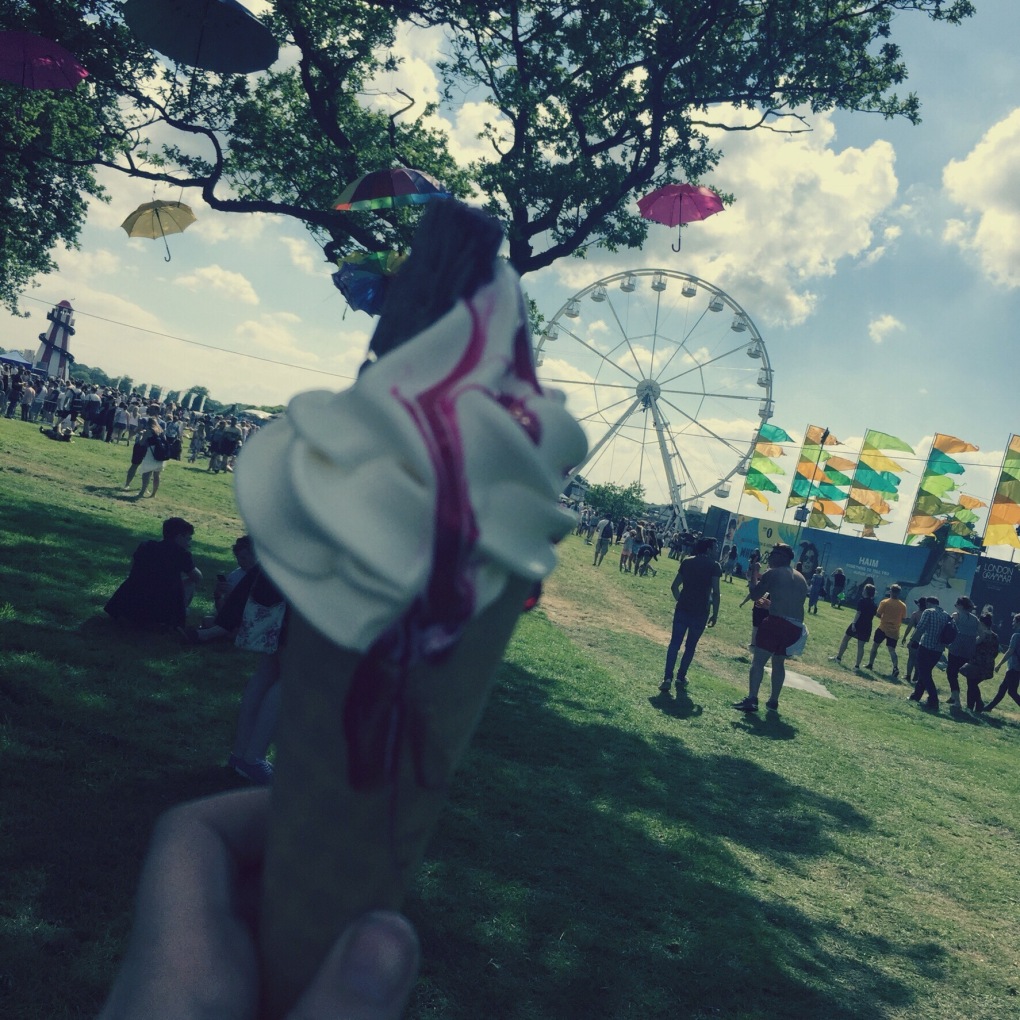 Time to stop for a quick ice cream , followed by the obligatory social media pic, which as you can see was a bit of a fail because it went a bit melty!

You Me at Six

Not a band I’d heard of (that’s really showing my age, cringe) playing in the ‘Where it Begins’ big top but was a great change of pace from the other performers we’d heard and had a really cool atmosphere around the crowd. 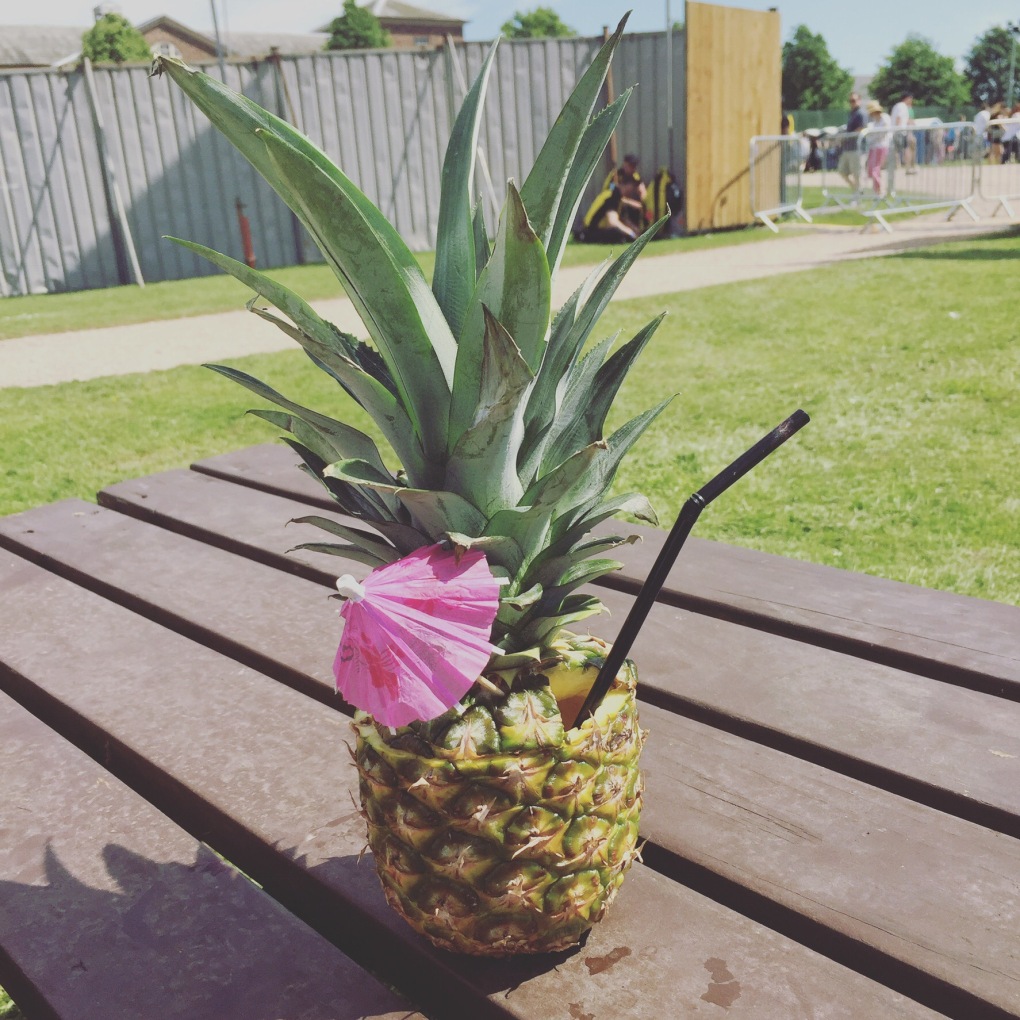 Next came another insta-driven purchase: a Pina Colada served inside a fresh pineapple!better photos than the ice cream but still not the best, the wind kept knocking the top off!

The final act of the day was one Miss Katy Perry, definitely worth the wait and the longer queue for transport home! It had rained a little bit, but the poncho was mostly to try and keep me a bit warmer (which worked weirdly well for the most part) 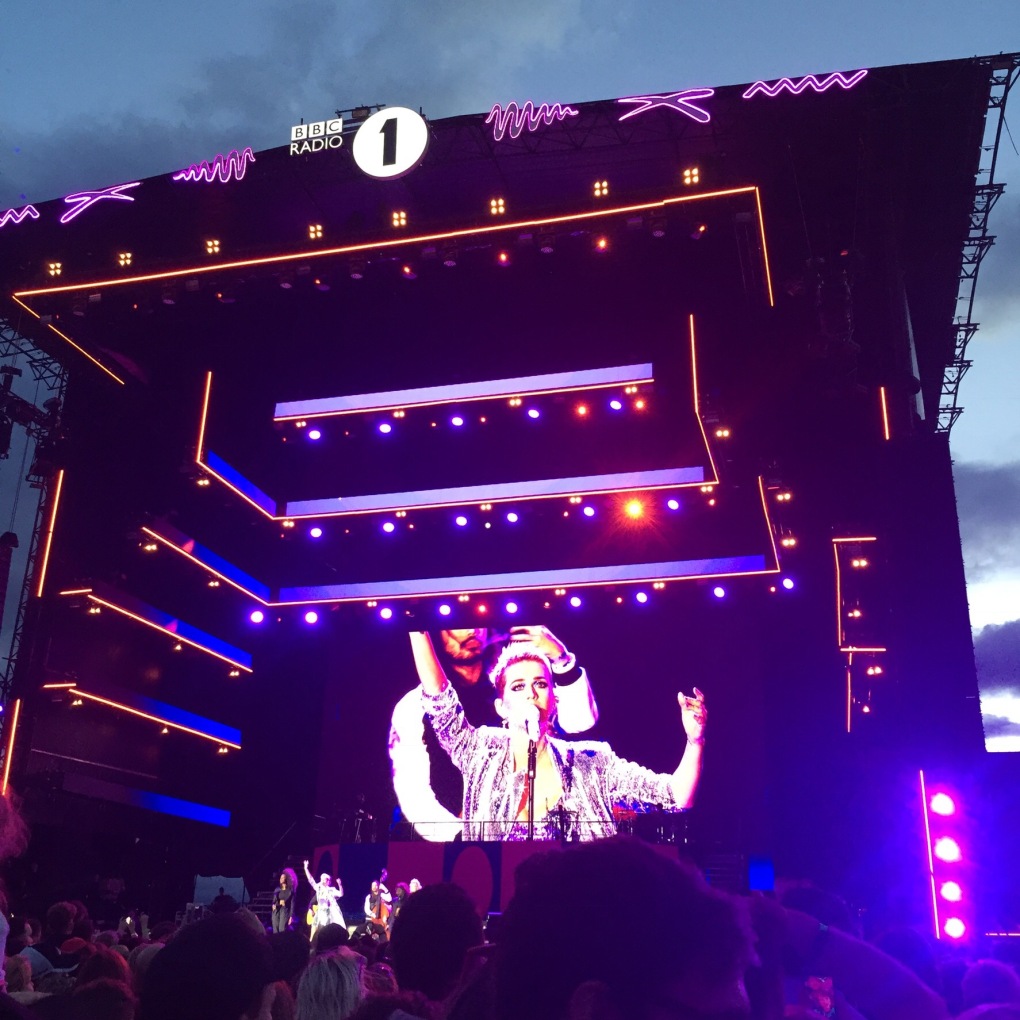 The first time I’d ever seen Katy live and she was uh-may-zing. She magically appeared on stage in a vision of sequins and lit AF trainers and performed a back catalogue of hits from ‘I Kissed a Girl’ to the current ‘Bon Appetit’ that everybody bouncing. It was also the first time I’d heard ‘Swish Swish’ which I know I’m going to be singing all summer (I’ve already made a good start!)

Thanks to the fabulous Tory for being a great plus one, and for being able to return home to my own bed as the location was so close to home!