Over the almost 5 years I’ve been rambling away on the internet, I’ve dropped in to the conversation once or twice that I used to be a holiday rep. For 3 years of late teens/early twenties I called the Balearic Islands home and made some insane memories – most of them good, a few of them sober, all of them I was reminded of this week when I was added in to a closed Facebook group ‘Stories of a Holiday Rep’. Insert horrifically cringe pics of me back in the day, taken on a disposable camera

It was this part of my past that inspired this post – things I took for granted and felt a bit naff back then appear to be all the rage right now. On one hand I’m like “WTF?” On the other, I feel like I can totally own the fact that I discovered all of these things in their more underground cult status before they blew up. I hope you enjoy this throwback journey with me!

As the UK’s love for gin has increased I have been adamant that I’m not a fan, but then I remembered the Xoriguer (pronounced zor-rig-er) gin distillery.

You see; for the first year of my repping career it was my job to take holidaymakers here every week and help them to sample about 32 different flavours of the stuff as well as a local gin cocktail (the recipe for which I will be sharing in a future blog post). Yup, that’s right; back in the summer of 2003 I was well up in this trend before it was a twinkle in the hipster’s eyes!

Annoyingly, this brand is nigh on impossible to get hold of in the UK and outside of the Balearic Islands, to be honest there are barely any Spanish guns that are widely available, however if you do happen to hit this part of the world for a holiday I would encourage you to pay the distillery a visit…and maybe bring me back a sample or two.

Of all the items I may have predicted would become a high street trend for summer footwear, this would soooo not have been it! Back in the day myself and ,t repping buddies used to mercilessly mock these babies, and all of the locals (men, women and children) wore them so they were around all the time.

By the end of our first season, a couple of us had bought a pair (usually under the influence) to wear ironically, and over the years we grew quite fond of these funny lil’ sandals. 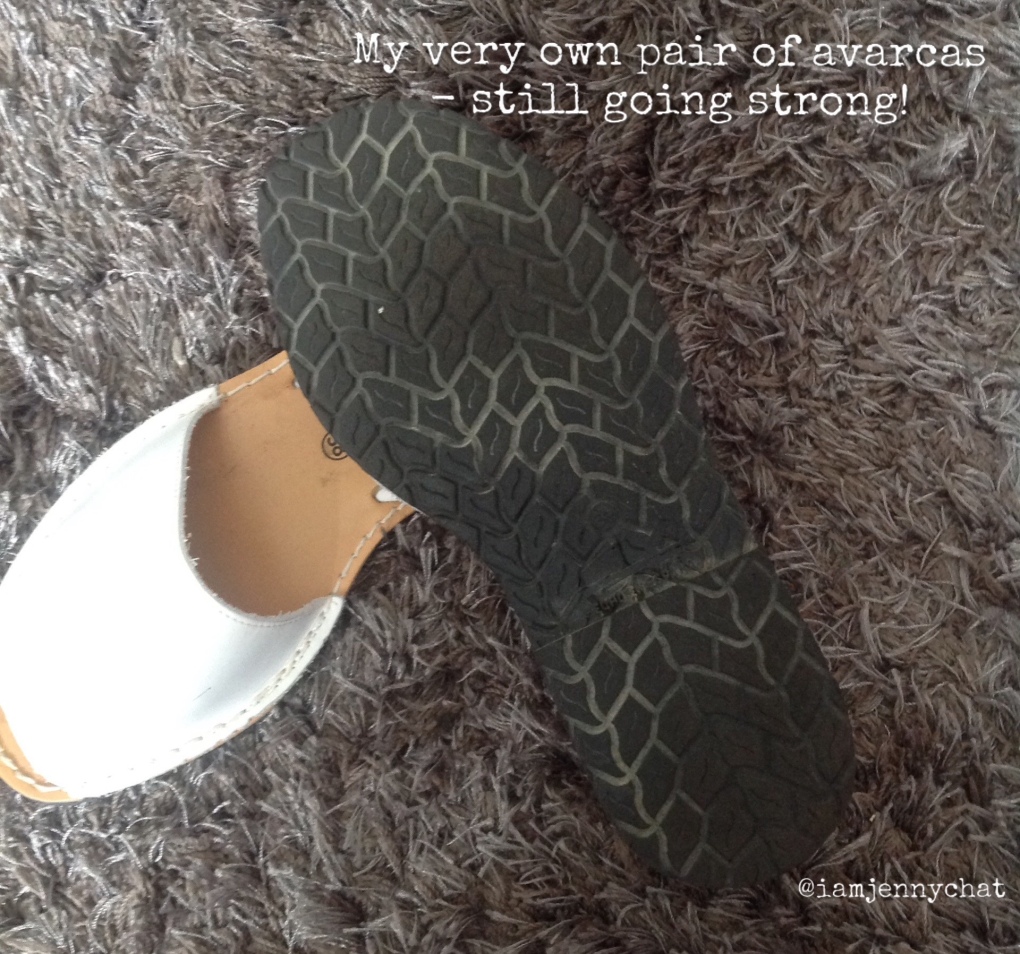 If you’re going to invest in a pair of these, my tip would be to spend a teeny bit ore and get a real deal version made in Menorca as they’re going to last you for years and years – they upper section is made of leather which is super comfy and the soles are fashioned out of car tires which give amazing grip and mean you can walk for miles without them wearing out.

If you’re holidaying in mainland Spain or the Balearic Islands you can pick these up in a local shoe shop and get the real experience, if not you can buy them online easily from the official Avarca stores here or here.

Often listed as a side sauce in gastropubs and Uber cool restaurants these days, I remember this delicious condiment as part of a grab and go lunch from the local supermercado.

You may be like “garlic mayo, and…?” BUT – Menorca was its birthplace. Mayonnaise is pronounced mar-hon-ays-ah in Spanish, because in originated from the capital Mahon. In Menoquian (a version of Catalan, the proper traditional Spanish language) they even call Mahon Maò, pronounced Mayo, so it’s pretty entrenched in the local culture!

The Aioli pictured is the traditional version sold in Menorca – its best served alongside a lovely crusty baguette; rip of a junk of bread and dunk gratuitously in to the tub! It’s extremely strong tasting but soooooo damn good.

One more thing that almost made the list…canary yellow leather jackets. This one is more of an I joke with my fellow rep friends but, if anyone reading this does happen to have visited a a leather company called Modas in Menorca, then you may get why this one will forever remain funny to me.