How many times have you heard someone utter a statement like “so and so said that they noticed you’ve been doing this…” or “This person doesn’t like it when you do that”. I, for one, hear this a lot in my day to day life. To to untrained ear, you may think the person saying these things is being kind by giving you a heads up, trying to help you get on or not get in trouble etc.

I’m here to tell you that they are not.

What’s really happening is that the person saying these things is the one that feels them, but they lack the courage to come out and say so themselves. So what they do is hide behind someone else (likely somebody you don’t see or speak to directly that often). It’s usually because of the person used as a cover that’s its ridiculously easy to realise this happening too – think about it; if you barely see or speak to them, how are they going to observe activity that they are unhappy with?

This kind of behaviour is wildly problematic for a number of reasons. Firstly, it can create unnecessary ill feeling towards the person whose allegedly made negative comments which in turn can damage friendships and professional networks alike. Secondly, it severely damages a person’s confidence levels in what they’re doing AND those around them. After all, could someone be feeding negative information back for people to feel this way about you? Finally (and somewhat most importantly) it can make you lose respect for the person delivering the so called third party message, as well as question their own credibility as someone who isn’t willing to speak their truth and say to you “I feel this way about something YOU are doing”.

So, whose at fault here? It really depends on the scenario to determine an answer to that. In a social or friendship group it could be either party – perhaps feedback is being provided to somebody someone finds a little intimidating so feels safer doing it from a distance, or it could be that maybe that person has another agenda and isn’t really so much of a friend after all. In a work/professional setting, the fault likely lies with the person who is most senior in the exchange. On paper, they have the authority to feel and express these opinions as their own, however in practice they’re clearly haven’t quite equipped themselves with the correct tools to do the job properly.

Unless you believe your life or wellbeing are in danger as a result of offering a person feedback (in which case, you should probably seek help from emergency services or authorities) then there is absolutely no reason in the world why an adult shouldn’t be owning their opinions and actions. If you think it, if you feel it’s important to be said to the person you think it about, you need to have the courage of your convictions and be honest about where the opinion came from. Not only will this garner the respect that you were honest with the recipient, but they’re more likely to take action that’s appropriate and to you’re liking far quicker. Sure people dont like to be criticised, but that’s simply not a good enough excuse to use somebody else as a security blanket in order to get your point across.

Should you call about this behaviour? I think yes, but as respectfully as you can. The last thing you want to do is get into a fight or alienate people with whom you have to spend a lot of time with. I don’t know the 100% right answer here, but to be on the receiving end I think it would be fine to ask something like “And how do you feel about this?” Or “do you feel the same as this person?” And then perhaps something like “Thanks for letting me know. If you have this kind of feeling towards me in future please do let me know and there will be absolutely no problem at all if the opinion comes directly from you rather the other person. I really appreciate the honest feedback”. This way the person will know you’re open and approachable to feedback and inviting them to share their directly with you in the knowledge that there’s less likely to be backlash on them. Hopefully this will help the person struggling overcome some of their insecurities about approaching uncomfortable situations.

Do you recognise this behaviour as something you do yourself? If so, please try and stop doing it. As adults there are going to be times when we’re put in situations we dont want to be in, but some short term discomfort is preferable to adding fuel that only helps fuel the long term breakdown of a relationship. Whether personal or professional, as a decent human being you shouldn’t want to do that. More to the point, who has the time and energy to be dealing with negativity that can be avoided? Not me!

I hope this has given you food for thought, perhaps even a little bit of a confidence boost. Whichever side you’re on, own your own opinions and let be known it’s ok to own.

Thanks for reading, J xx 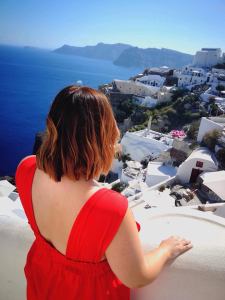